In memory of Grete Waitz, the First Lady of the Marathon. 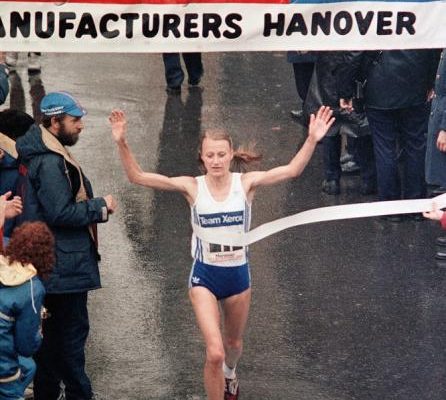 Three years ago today, Grete Waitz, one of the greatest marathon runners of all time, passed away in her home town of Oslo.

Born in Oslo on 1 October 1953, Grete Waitz ran in four Olympics. In 1978, after an impressive career on the track and in cross country, she took part in her first marathon. That year, in New York, she set the new world record of 02:32:30.

That was to be only the first of NINE victories at New York, interspersed with two victories at London, where in 1986 she ran her personal best of 02:24:54.